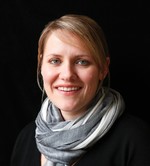 Liz began her career in 1999 as a Lab Technician at Brokenwood Wines, after completing her Bachelor of Science degree at Newcastle University. In 2002, she accepted an Assistant Winemakers position at Tempus Two, where she spent 6 years while completing her Graduate Diploma in Oenology from the University of Adelaide.

In 2006, Liz was awarded Dux of the Len Evans Tutorial, described by James Halliday as the “most exclusive wine school in the world”. In 2007, Liz was a finalist for 'Young Winemaker of the Year', and then in 2008, Liz was appointed to her current role, Chief Winemaker at First Creek Wines.

In 2010, Liz was one of the stars of the NSW Wine Awards, having five wines in the NSW Top 40. Her success continued in 2011 when she was named as a finalist in the Gourmet Traveller WINE 'Winemaker of the Year' Awards, and crowned 'Winemaker of the Year' at the Hunter Valley Legends and Wine Industry Awards. To top it all off, Liz was also named as one of the top ten people to watch in SMH Sydney Magazine.

2016 and 2017 proved just as successful, winning a total of four trophies and 15 gold medals for First Creek Wines, while once again being named as a finalist in the 2016 Gourmet Traveller WINE 'Winemaker of the Year' Awards, and for a second time, crowned 'Winemaker of the Year' at The Hunter Valley Legends and Wine Industry Awards.

Liz has extensive experience as a Wine Show Judge, having judged at many recognised Wine Shows, including Sydney, Canberra, Adelaide, Cowra and of course the Hunter Valley. 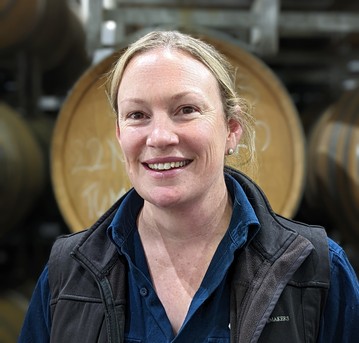 Annabel's career has thrived over the past few years, having won the 2013 Alasdair Sutherland Scholarship. The award granted Annabel entry to the intensive, four-day Australian Wine Research Institute Advanced Wine Assessment Course, and allowed her to be an Associate Judge at the 2012 Royal Sydney Wine Show.

More recently in 2017, Annabel was a finalist for 'Rising Star of the Year' at the Hunter Valley Legends Awards.